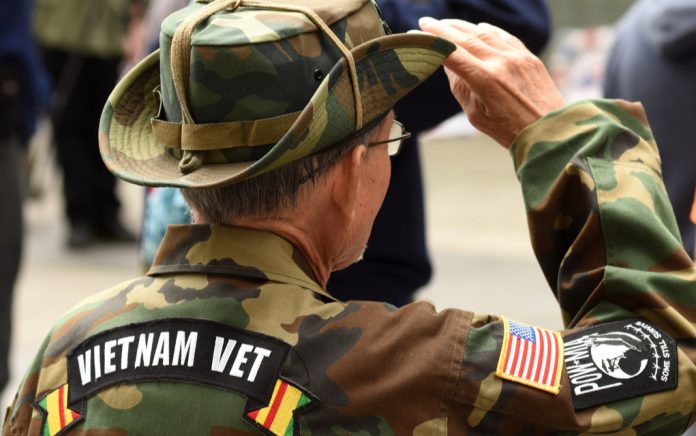 (FinancialHealth.net) – A bipartisan group of lawmakers is trying to pass a law to help roughly 3,000 Americans who helped during the Vietnam War but are ineligible for military assistance.

During the Vietnam War, thousands of US military advisers helped train and give aid to South Vietnam’s army. These Americans, who were known as the Military Assistance Advisory Group (MAAG), arrived in 1950 and didn’t leave the country until the 1970s. Unfortunately, unlike other veterans of the war, they didn’t receive benefits like other soldiers.

Republican Representative Jim Baird (R-IN) and his colleagues plan to change that:

Today, along with several colleagues, I introduced the Forgotten Vietnam Veterans Act. This bipartisan legislation will provide benefits to nearly 3,000 veterans who currently don’t qualify for benefits they’ve earned.

The bill, known as the Forgotten Vietnam Veterans Act, will extend benefits, including health care and the Veterans Pension, to MAAG soldiers. It will change the period of time that’s officially recognized as the Vietnam War to cover everyone who served the US. Currently, the Department of Veterans Affairs officially recognizes the war from February 28, 1961 to May 7, 1975.

If Congress passes the bill and President Donald Trump signs it, these soldiers will finally be given the financial benefits they earned when they put their lives on the line for this country. As Rep. Chip Roy (R-TX), one of the bill’s sponsors, stated, Vietnam veterans deserve our “unwavering support.”

What are ABLE Accounts (529 A Savings Plans)?

With so many different assistance options available, there are a lot of opportunities that people don’t know exist. One option that may get overlooked...

Some Ways You Can Easily Fix Your Credit

Managing your credit can be a hard thing to deal with for anyone. If you find yourself one of those people who cannot manage...

6 Tips to Save Money

If you want to stay on top of your finances, then there are two types of action you need to take, saving money and...

9 Tips to Save This Valentine’s Day

Valentine’s Day is just around the corner and it is time to start planning. You will want to show your loved ones that you...

How Educational Grants Can Help You

Everyone knows that education can be expensive. But, do you know what costs more? Ignorance. The most important components of success in any career...

How to Save Money on Gas?

2022 Financial Resolutions (and How to Achieve Them)