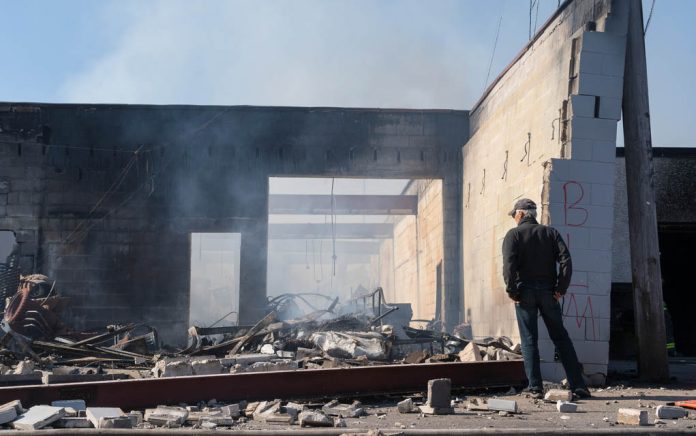 (FinancialHealth.net) – The May 25 death of George Floyd while in police custody in Minneapolis, MN shocked the country. At first, protesters turned out for peaceful demonstrations that were supported by most people. Then they took a destructive and violent turn that business owners were stuck paying for.

According to an August 13 report by the Star Tribune, business owners in Minneapolis are being squeezed for taxes before they can get the permits necessary to rebuild. A rule in the city requires owners to pay their 2020 tax bill before they can apply for the necessary permits. Don Blyly, who lost his bookstore, said the city “has not been particularly friendly toward business for some time.”

Minneapolis is requiring owners of properties destroyed or damaged in the riots after George Floyd's killing to prepay the second half of their 2020 property taxes to obtain a demolition permit. That's leaving wreckage in place, unlike in St. Paul. https://t.co/Uz1Y6vOd7c

In June, city officials said 1,025 properties were damaged by the riots. The cost of the unrest is estimated to be at least $55 million.

City officials claim they can’t do anything about the tax rule because it’s a state law. However, the legislation allows each county to enforce it. Hennepin County leaders, where Minneapolis is located, said they won’t enforce the law for properties damaged by the riots.

That means the city can waive the requirement, but it’s not. Instead, officials are allowing business owners to suffer. What kind of leadership is that?