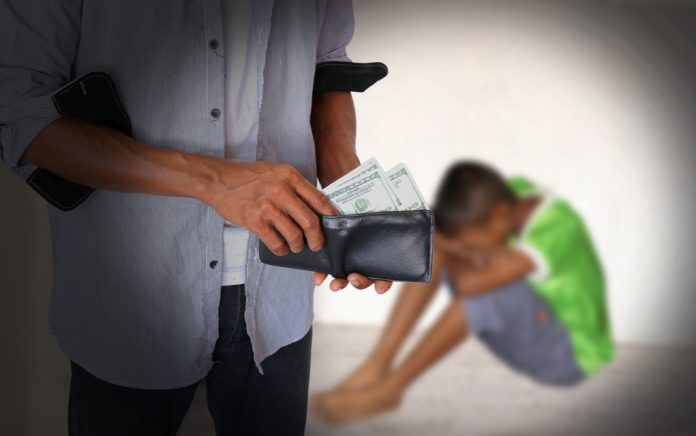 (FinancialHealth.net) – According to the Department of Justice (DOJ), human trafficking is one of the “fastest growing criminal industries” across the globe. In 2019, 11,500 cases were reported to the National Human Trafficking Hotline (NHTH). More than 2,500 of the victims were minors at the time of the alleged crime. On August 16, a 4-year-old in Kentucky was nearly added to the latest statistics.

Kentucky State troopers arrested a man named Harry Day for allegedly trying to sell the little boy for $2,500 at a gas station in the city of Corbin. The child is reportedly Day’s girlfriend’s son. When officers searched the home where the mother, Gertrude Henson, resides, they found drug paraphernalia and meth.

Day pleaded guilty to a charge of promoting human trafficking of a child, a misdemeanor, and a judge sentenced him to one year in jail. The little boy’s mother was arrested for endangering a child and drug charges.

What kind of world do we live in where a person can try to sell a toddler and only receive a year in jail on a misdemeanor charge? Perhaps human trafficking remains a problem because courts aren’t taking it seriously enough. If sentences and charges fit the crime, maybe there would be less of it happening around the world.

If you are the victim of human trafficking, or suspect someone else is, please call the toll-free National Human Trafficking Hotline at 1-888-373-7888 or text 233733.