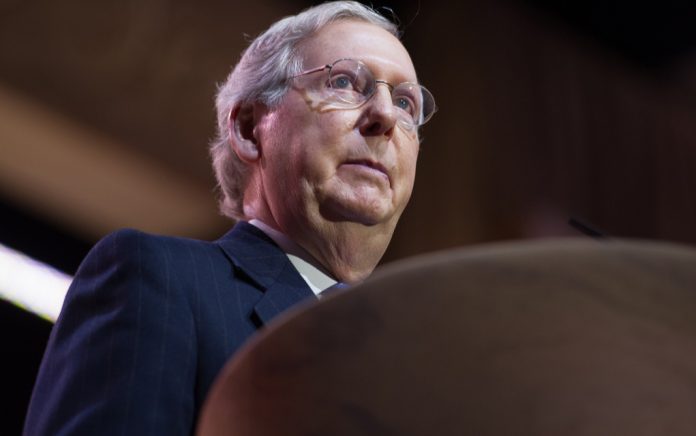 (FinancialHealth.net) – Congress still hasn’t reached an agreement on the next COVID-19 relief bill. On August 12, Speaker of the House Nancy Pelosi (D-CA) told MSNBC the two sides are “miles apart” still. Senate Majority Leader Mitch McConnell (R-KY) also spoke out and explained there’s a simple explanation as to why that is.

During an August 10 speech on the Senate floor, McConnell accused the Democratic party of seeing an “opportunity” to bail out places like New Jersey while the American people are suffering. The Republican leader said the Left is preventing working families from receiving “another cent, not one [more] cent, unless they get to create a trillion-dollar slush fund” for poorly run states.

McConnell went on to say their actions have nothing to do with the pandemic. Instead, the Democrats are focused on a “far-left ideology,” and unless Florida and Texas bail out New Jersey, Pelosi’s squad won’t give anyone a penny. On August 12, the majority leader once again slammed the party for treating negotiations like a “political game” while people suffer:

Millions of Americans are out of work. Business owners are suffering. They need help, and the longer it takes Democrats to compromise, the longer families are left to try to claw their way out of this mess on their own. It’s about time for Pelosi and her party to stop obstructing and start working.